The Zoev House in the town Karlovo was built in 1871 by Nikola Djidjev – a local entrepreneur, manufacturer of braided cords and merchant. He was known as one of the town notables, as well as a revivalist engaged in the national liberation movement.

The house was entirely built by Nikola Djidjev. The wood-carved ceiling in the form of a sun was made by the same craftsman, who made the ceiling of the Daskalov’s house in Tryavna.

In 1877, during the Russo-Turkish war, which brought to the liberation of Bulgaria, Nikola Djidjev was hanged by the Turks together with other notables from Karlovo. Now his name is carved on the Vasil Levski monument in the center of the town.

The house was inherited by his daughter, Rada, who married Nikola Zoev, so the house was named after the Zoevs family.

Rada Zoeva was one of the most educated Bulgarian women of the time. She graduated from an American College and subsequently became a public figure, a donor, a founder and lifelong honorary chairman of the Women’s Society in Karlovo. She used to be a patron of arts, so her home was frequently visited by many famous Bulgarian artists.

Nikola Zoev was a member of another prominent Karlovo family. He was the first man from Karlovo to graduate from the Sorbonne with a degree in literature and a doctorate in law. He used to have a rose oil factory. He traded with rose oil and lavender exporting them to many countries, mostly in Western Europe.

Rada and Nikola Zoev used to have a single son, Peter, who died in 1957.

The house was declared a national cultural monument in 1962. 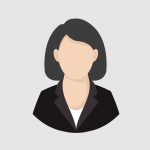 “The house is a museum! Charming place! We have moved to another time and another world! It was kept impeccable and we had all the pleasures… and I would go again.”

“The house is situated in the old Karlovo. It is a beautiful house, with wooden ceilings, very comfortable beds. It has been built in 1871.The house is beautifully renovated, and at the same time one could go back in time, when staying in the house. There is a nice terrace on the first and second floor. The house had everything that one need for a pleasant stay. Thank you. Karlovo is such a beautiful city, surrounded by mountains.”

“We felt like sleeping in a museum. The house is very well preserved, though it has all the facilities of a hotel (bathroom in almost every chamber, well equipped kitchen, etc). It also has 2 large dining rooms and patios. The grapes in the yard were well appreciated, as they were really tasty. I would totally come here again, for a longer stay with friends and family.„

Check the availability and book now!